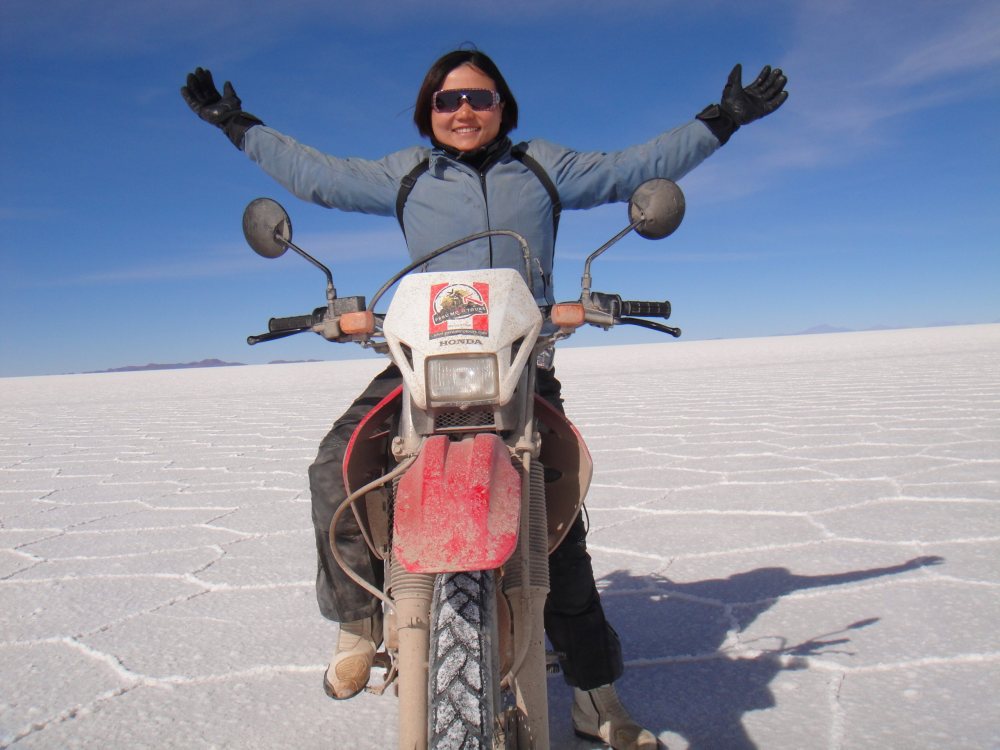 One of Jiameng Yu’s favourite places is the prehistoric desert landscape of Salar de Uyuni, the world’s largest salt flat, in Bolivia. Yu rode a motor bike across more than 10,000 square kilometres of dazzling white salt hexagons near the crest of the Andes during a South American road trip ,which ranks among her favourite travel adventures.

“Biking is my hobby,” Yu says. “I’ve done long road trips across South America and Morocco and I used to ride in the Spanish Pyrenees every September. I’m not the best rider but I like speed and I like a challenge.” 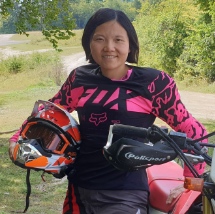 Her latest career challenge, as finance director of Greensill China, involves working with a team led by Head of China, Jie Shen, laying the foundations for Greensill’s expansion into the world’s second largest economy.

“China is a challenging and very competitive market, but we have a great team and together we’re opening a new frontier,” Yu says.

She joined Greensill from Vodafone in August 2019 and initially worked in the London headquarters on the Special Projects team before moving to Shenzhen in southeastern China, the world’s fastest growing city, in July 2020.

Yu knew of Greensill’s working capital finance expertise through her previous position as assistant treasurer for Vodafone. However, it was a conversation with company founder and CEO Lex Greensill that really inspired her to join the company. “Lex really opened my eyes to opportunities here and I was excited to be part of it.”

Her first role at Greensill involved structuring financial solutions. “It was all cool data-driven stuff. The first deal I was allocated was a Chinese one where I was working closely with the team in APAC, then China came on the horizon as a possible role. Returning to China wasn’t part of my plan until that point but I felt all the stars had aligned.”

Yu grew up in Guangdong, attending one of the province’s top achieving high school before moving to the UK where she gained a first class honours degree in law before commencing a career in finance.

Now a UK citizen, Yu says that after graduation, as a non-Eu citizen at that point, it was hard to obtain a traineeship with a UK law firm. She had 27 rejections before switching to finance and becoming a trainee with Deloitte.

"The senior women in Greensill are very friendly and supportive and set a good example. It’s always about the best person for the job here."

“Working for a Big Four can feel like a rat race. It sounds odd but to relieve the stress I took every exam going. It was my way of dealing with it.” Her passion for learning resulted in a string of qualifications including chartered accountant, chartered tax adviser and chartered corporate treasurer.

Yu says training in specialisms such as debt advisory for corporate finance deals taught her to work methodically and systematically. At one stage, however, she felt pigeonholed as an Excel spreadsheet whizz. A desire for greater variety and autonomy led to a broader financial career encompassing tax, corporate finance and treasury, first with Deloitte then at food group Tate & Lyle and telecoms group Vodafone.

En route to becoming a finance director, she gained expertise in areas that are critical to global businesses including foreign exchange and interest rate hedging, direct negotiations with banks, financing subsidiaries, loan guarantees and setting up in new territories.

She avows not to be a detail person but in recounting her career, there are details aplenty. As senior treasury analyst at Tate & Lyle, she delved into detail on the company’s products such as the patented salt crystals (Soda-Lo) used by a wide range of household names in bakery and snacks which Yu explains give a full salt flavour but with 25%-50% less sodium content.

Whether preparing to ride across a prehistoric salt plain or contemplating how patented salt crystals add value to a business, Yu clearly sees the bigger picture as well as being in command of the detail.

She is part of a 10-strong core China team that includes four senior women, including the chief credit officer and senior operations manager as well as Yu herself and CEO Shen. “The senior women in Greensill are very friendly and supportive and set a good example. It’s always about the best person for the job here.”

She says Greensill both has a very diverse workforce and actively encourages diversity. “It really tries to create an enabling environment to help people take advantage of career opportunities.”

Yu, who has a toddler son, says she has a very supportive husband which helps her juggle work and home responsibilities but adds that the company’s policies play a major role in helping achieve a work-life balance. “Greensill is very forward-thinking as a company when it comes to genuinely family-friendly flexible working.”

What does she value most in her current role? “The breadth of experience and opportunity and how quickly things can happen…You can really be part of decision-making. It’s empowering and liberating.”

She says there is no single route for others looking to follow in her footsteps but says three qualities are essential for success: “Tenacity, curiosity and patience.”