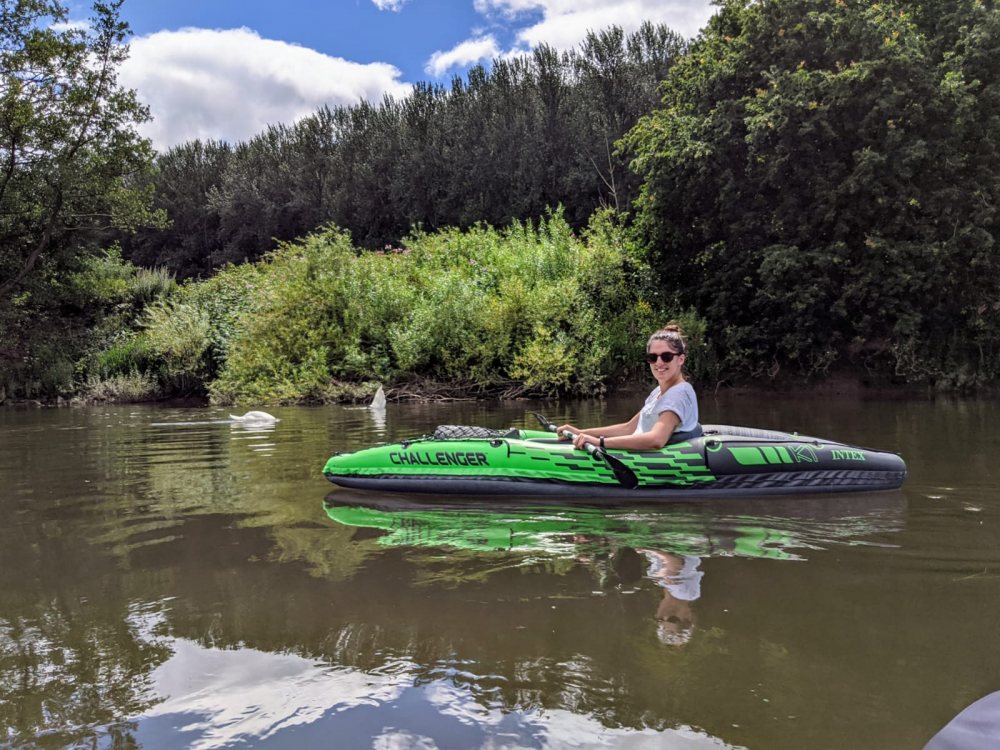 Managing a software engineering team collaborating entirely remotely in the middle of a pandemic requires pragmatism, patience and a positive mindset as well as a willingness to go the extra mile to support colleagues working from home.

Add in the complication of hiring some new members remotely and having to get to know them over virtual get-togethers, and it is clear that it takes an exceptional manager to keep people motivated and productive while ensuring critical projects on track. 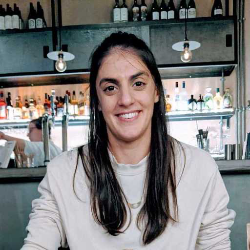 Nikki Christofi, Engineering Manager for Earnd, has shown her mettle over a challenging first five months in her role in which she is responsible for a team of 11 in London. A passionate problem-solver and extreme sports enthusiast, if she is not behind a computer screen she is likely to be hurtling down a hill in a giant plastic ‘orb’, performing midair manoeuvres while wakeboarding, or free falling through the clouds on a skydiving expedition.

Nikki embraces challenges head-on. “I joined Earnd in January, I got promoted in May and it has been an absolute whirlwind. There won’t be another job like this, there is just so much learning.”

She explains that although Earnd is part of Greensill, it has retained a start-up mindset. “We have our own start-up cultural microcosm. Everyone is incredibly resilient and hard-working. There’s no such thing as ‘that’s not my job.’ We’re all striving towards the same goal and every single person is responsible for achieving it.”

Earnd has developed an app that lets employees see and access their pay as they earn it in real-time. It aims to help people manage their finances better as they don’t have to wait a month for pay day if an unexpected expense arises, they can just access money they have already earned at no cost to them.

Nikki is proud that Earnd is leading a digital revolution in employee pay.

“What really appealed to me about working here is that Earnd is creating a product that can really help people. My mum worked as a medical secretary for the NHS for more than 10 years and she was so enthusiastic about the concept of free access to ‘on-demand’ pay. She’d definitely have used it because at some points in her life she had to resort to pay day loans just to make her money stretch.”

The work of Nikki’s team is critical to the design and function of the app, to ensure it is simple to use for employees and integrates smoothly and seamlessly with employers’ IT systems, which vary in age and efficiency. The work is varied and involves writing code, rigorous testing, liaising with customers and much problem-solving.

She is very focused on ensuring her team feel supported at an anxious time when people may feel isolated or anxious.

“One challenge of my job just now is not being able to sit down with people and get them up and running.”

Her solution is to use technology to keep connected both socially and on projects. There is regular video catch-ups as well as constant collaboration through Slack, a business communication platform that is easier and faster than using email and which enables the team to share files and project updates as well as just to chat to each other.

“Developers are used to using Slack, even when they’re sitting right next to someone. We haven’t dropped the ball even though we are all home-working and trust in our team has really grown,” she says. “Before Covid we didn’t know if people would work as normal when at home but they have adapted to it. One team member wants to stay 100% home-working – for myself, as a manager, I’d Iike to achieve a balance between office and home.”

Nikki came to Earnd as the next step in a high-flying career, which began as a graduate trainee with Goldman Sachs after leaving Manchester University with a chemistry degree. “There are a lot of parallels between chemistry and software as they are both about problem-solving.”

She spent three years with Goldman Sachs, gaining experience and confidence in software development and also worked global consultancy McKinsey as a digital specialist. She says her biggest learning curve before Earnd was working as a contract software engineer for a start-up developing a product to help SMEs with HR and compliance. “It’s unusual as a software developer to get in at the beginning of the entire process. We built a ‘minimum viable product’ in three months – it was incredibly intense.”

So what does she look for when hiring engineers for her own team? There is no hesitation in her reply: “Enthusiasm and ideas and willingness to make ideas a reality.”

“We support junior or mid level developers to grow really quickly,” she says. “If you’re hungry and you really want to do it, you can go far in this company. I look for people with drive and ambition, not process driven people.”

She believes a willingness to keep learning on the job is vital.