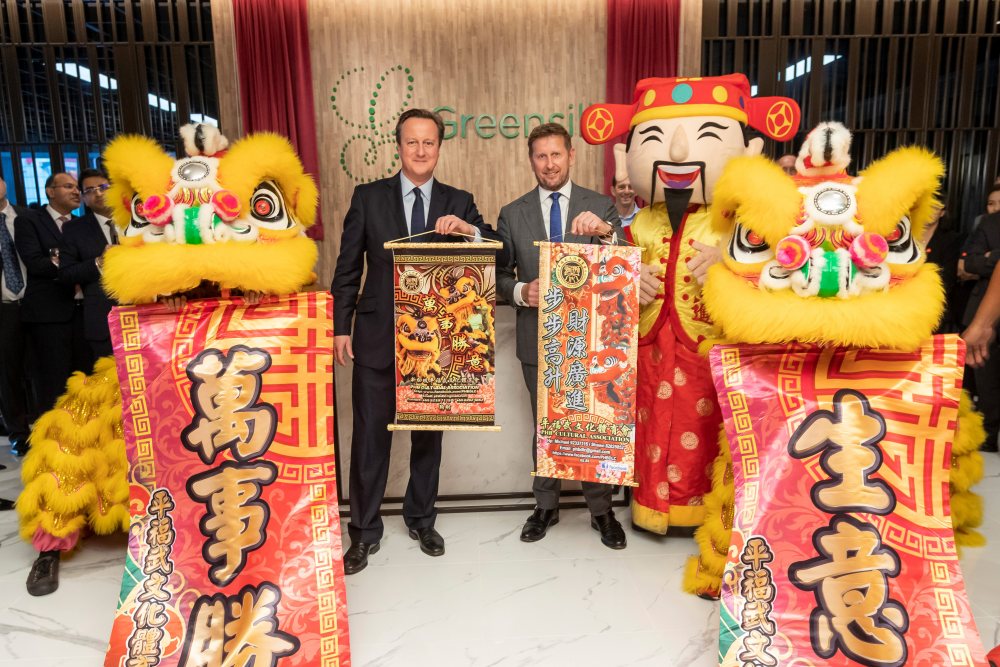 Mr Cameron, who serves as Senior Adviser to Greensill, last week joined founder and Chief Executive Lex Greensill and more than 80 customers and employees to open the office in the heart of Singapore.

“As a leading international hub of commerce, finance and innovation, Singapore is the ideal location for our new regional headquarters as we continue our global expansion,” Mr Greensill said. “This office will be integral to our growth in the region and we take our next steps in unlocking capital for companies across Asia.”

Ilkka Tales, Greensill’s Asia Pacific Head of Origination, said it was an honour to welcome Mr Cameron to Singapore and his presence underscored the importance of the new office to Greensill’s global ambitions.

“This new regional headquarters will play a central role Greensill’s expansion in China, India and other countries in the fast-growing ASEAN region,” he said. “We already have a significant number of customers in Asia and we see enormous potential to help more companies, big and small, across the region access low-cost capital.”

Based in London, Greensill has expanded around the world and today provides low-cost capital to more than 8 million customers and suppliers in more than 165 countries.

The SoftBank Vision Fund, one of Greensill’s major investors, also has a key office in Singapore. The Vision Fund has invested approximately $1.5 billion in Greensill in two tranches – the first in May 2019 and a second in October 2019. The funds are being used to accelerate Greensill’s global expansion and the development of new products.

Mr Cameron said: “From its UK foundations, Greensill has taken on the world, upending traditional financing models and democratising capital to give businesses, including many SMEs and small traders, access to low-cost funding. Singapore is the ideal springboard for Greensill’s continued expansion in this dynamic region.”