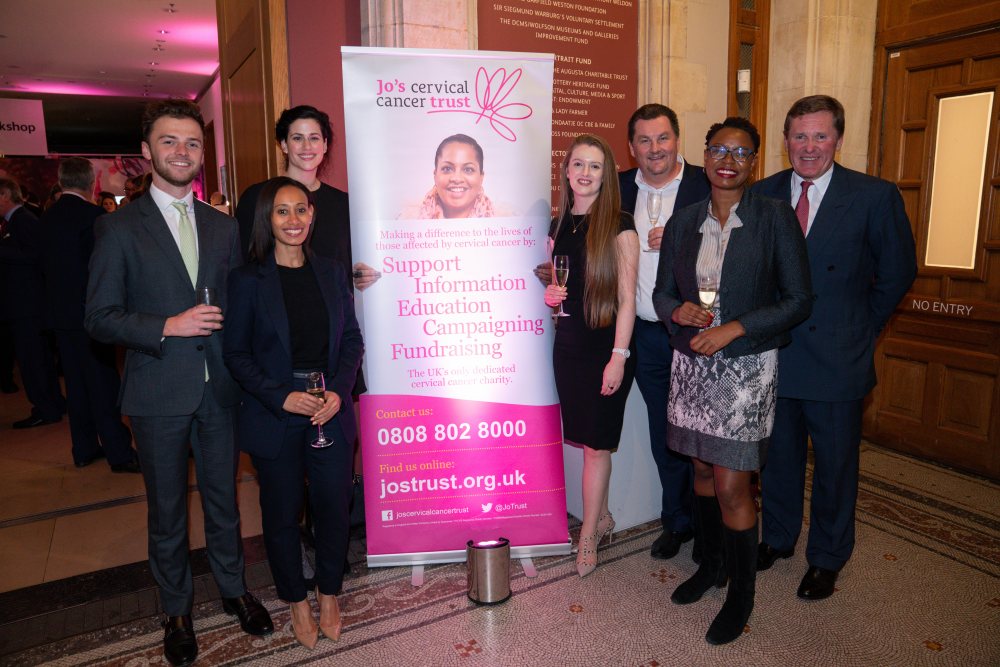 Greensill has joined forces with Jo’s Cervical Cancer Trust, the UK’s leading charity dedicated to creating a future where cervical cancer has been eliminated, as a key sponsor at the organisation’s 20th anniversary event.

“Jo’s Trust is a vital UK charity that addresses an important and largely preventable health issue through the provision of critical information and support networks,” said Fortune Gweru, Greensill Managing Director, Origination. “We encourage women to be proactive and get screened — a simple step that could potentially save one’s life”.

Greensill was a key sponsor for the flagship event for Jo’s Cervical Cancer Trust, held this autumn in London. Jo’s is a charity that relies on donations, grants and gifts in wills for all its income. It offers both online and face-to-face support and information and campaigns for the best possible prevention and care.

Said Emilia Carman, Head of Fundraising, Jo’s Cervical Cancer Trust: “We are so delighted to have Greensill’s support for our 20th anniversary. Their support makes a huge difference to work we can do in terms of encouraging women to reduce their risk of cervical cancer through attending cervical screening and the support we can offer women living with and beyond diagnosis.”

Several members of the Greensill team attended this year’s milestone event, which was a private viewing of Pre-Raphaelite Sisters Exhibition at the National Portrait Gallery, London.

Pre-Raphaelite Sisters is a major exhibition and the first to focus on the untold story of the women of Pre-Raphaelite art, featuring new discoveries and unseen works from public and private collections across the world. 160 years after the first pictures were exhibited by the Pre-Raphaelite brotherhood, this exhibition explores the often-overlooked contribution of 12 women to the movement.

Time to Pay: The Biggest Issue for Small Suppliers

Greensill has developed an entirely new model of Working Capital Finance that aims to make exclusive solutions once only used by multinationals available right across the supply chain at the lowest possible cost.