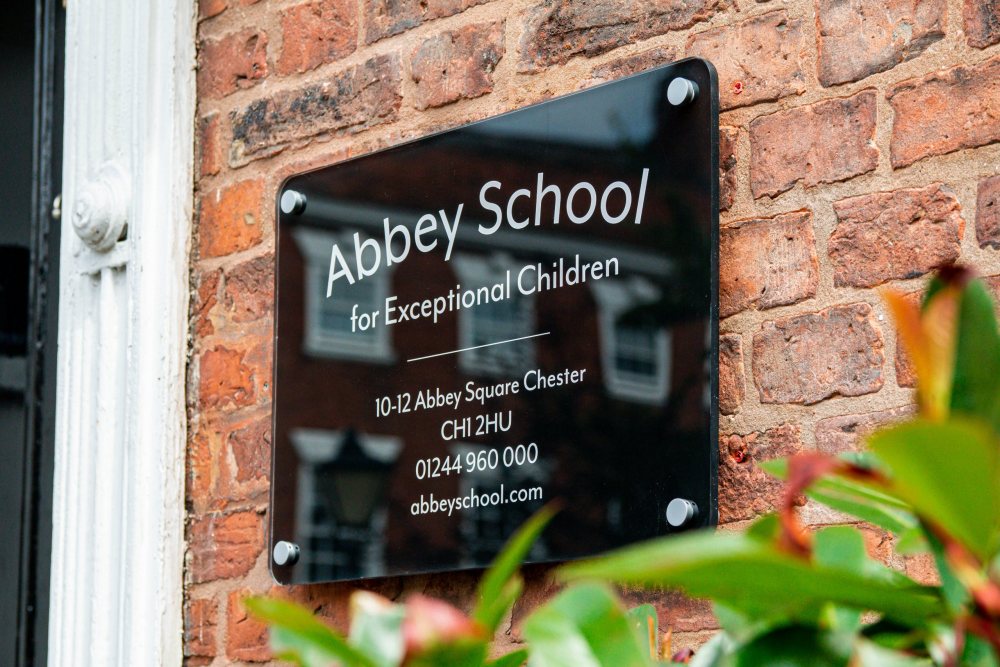 Greensill’s access to finance helps small businesses all over the world in ways traditional banks cannot. Here are some examples of great businesses Greensill’s groundbreaking fintech has helped to achieve their dreams.

For 25 years Barnabas Borbely harboured a dream of helping children in the UK with autism and severe learning disabilities find a way to better lives.

He knew the system supposed to assist them was broken. A House of Commons select committee said as much in 2019 and his three years working 14-hour shifts in a special needs school when he moved to Britain reinforced the point every day.

Education and social care budgets are stretched, there is no clear picture of what resources are actually required and staff with the right levels of training and empathy are thin on the ground.

Rather than try to fix the system, Borbely has branched out in an entirely new direction and is creating a provision underpinned by an innovative evidence-informed model of practice that has the potential to improve the lives of hundreds, if not thousands, of children with severe learning difficulties in Britain and across the world.

From humble beginnings as a volunteer teaching assistant he qualified as a lawyer and established the Special Needs Group (SNG) to support adults with learning disabilities to live meaningful lives in the community. It has already created more than 300 jobs, putting in place facilities to assist more than 100 adults with educational difficulties in the North West of England live more fulfilling lives.

Greensill’s approach to financing has been integral to this story. Like all small and medium sized enterprises (SMEs), access to cashflow is vital for Special Needs Group. The business works with local authority and central government clients who are reliable, but often slow, payers.

Greensill addresses this by providing essential access to cash owed to the business at rates that recognise the credit strength of government entities – so are considerably lower than those offered to SMEs by traditional providers of finance.

Now it is vulnerable and young people who are set to benefit as the Department for Education has just given Abbey School Limited approval to open a purpose-built school, Abbey School for Exceptional Children, in the heart of historic Chester, which will create a further 250 jobs.

The school will eventually cater for 75 children aged four to 19, providing them each with a tailor-made curriculum based on their specific educational priorities. The parental demand for places at Abbey School for Exceptional Children is high and Borbely expects to be operating at full capacity by the spring of 2021.

An app, part of a £1 million investment in research, development and training, will use sophisticated data analytics to monitor engagement and the performance of pupils in real time and ensure the bespoke development pathways painstakingly constructed for each of them are delivering an outstanding educational experience which enables them to thrive.

The SNG team has brought together all available research and data on special educational needs and disabilities (SEND) as part of Abbey School’s Education Research Alliance (ERA), and will build an open source knowledge hub over the next two years that will be made available to professionals in the field in order to develop best practice.

The financial burden on local authorities sending children to Abbey School for Exceptional Children stands to be reduced greatly, thanks to a revolutionary funding model developed in partnership with Greensill.

In essence, Greensill is able to use fintech to identify and factor in future cash flows from local authorities and central government to their suppliers rather than working with historical data. That means it can facilitate financing that allows the local authority to improve working capital by extending terms and paying later at lower interest rates. And all this can be achieved without impacting vital partners and the community work they do because Greensill will ensure that they get paid on time.

Greensill’s partnership with Special Needs Group is longstanding and was pivotal in getting the project off the ground. It assessed the project in the same rigorous way it has analysed all clients, large and small.

Greensill is a credit risk led institution and whether a client is an SME or a Fortune 500 company, all financing is assessed by a large credit and risk department that approves projects only after extensive due diligence. Once approved, clients are still subject to ongoing management reviews.

Furthermore, as a company powered by financial technology and specialising in supply chain finance, Greensill structures its projects differently to traditional financing. This can mean a more cautious, but evidence and data-based approach to financing decisions.

The Greensill model requires a purchaser with a high credit rating in financial markets, and in this case the purchase is the UK state via local government, which provides a very high level of risk cover.

So, Abbey School for Exceptional Children could have its invoices for children’s fees paid immediately while the government entities it charges can settle later, smoothing out cashflow for all parties.

Barnabas Borbely, CEO and founder of Special Needs Group, concludes: “We believe that children and adults with special needs deserve better than the current fragmented care and education system often provides for them. We are delighted to have found a partner in Greensill with a similarly innovative and ground-breaking approach to making finance fairer.” 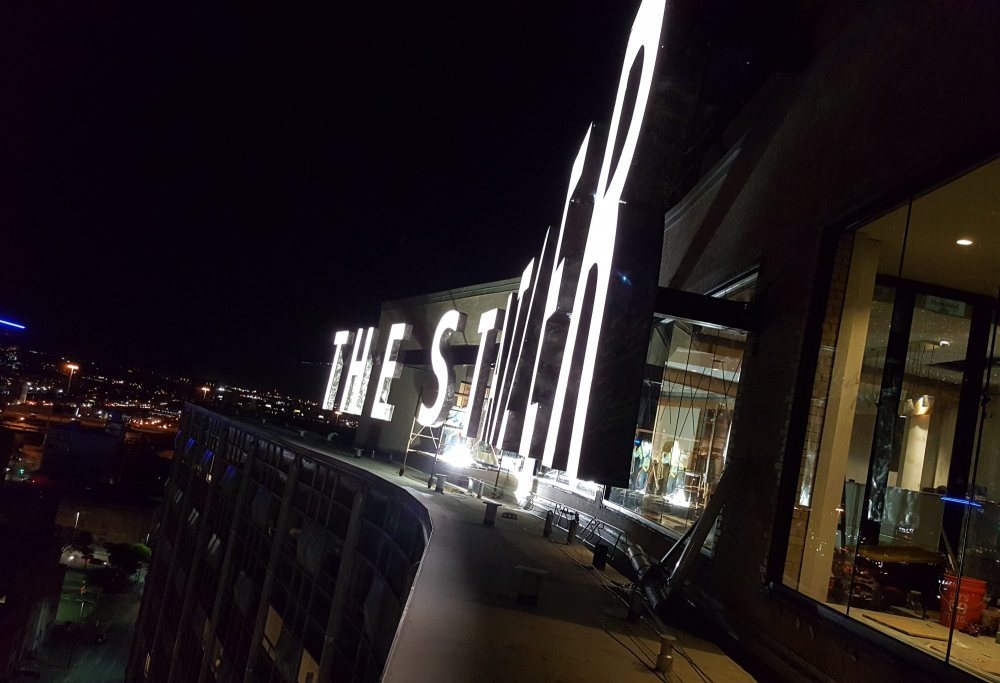 On any construction project, putting a sign on the door is one of the last jobs to be done.

That means Gulnara Balic and her employees at Texas-based Dallas Digital Signs & Graphics are among the last to be paid.

It’s also why they have turned to Greensill.

Before working with Greensill, a leading provider of working capital finance globally, Dallas Digital would do their work, bill for it, and wait anywhere from 30 to 60 days to be paid. But with Greensill and its Early Pay Program, Balic, who is the owner of Dallas Digital, is reimbursed for her company’s work in just a few days — meaning her employees get paid promptly.

“It helps us with our cashflow tremendously,” Balic says of working with Greensill. “It used to be we would do our work and wait. Now we get paid in a few days. It’s a big difference.”

In fact, Balic said she prefers to work with jobs that participate in Greensill’s Early Pay Program. Doing so helps her pay her downstream suppliers, helps her pay for materials, and gives her cash flow certainty.

It’s particularly beneficial when Dallas Digital is left waiting for work they know is coming — eventually.

Balic gave the example of a project that originally had an estimated completion date of February of 2018. Then it was pushed back to Thanksgiving. Then again, to February of this year. Now, Dallas Digital is still waiting for their leg of the project to begin, while other subcontractors who worked on the assignment have already completed their portion of it.

With Greensill, a good chunk of waiting is removed from the equation. And Dallas Digital’s business is healthier for it, with happy employees who are paid promptly. 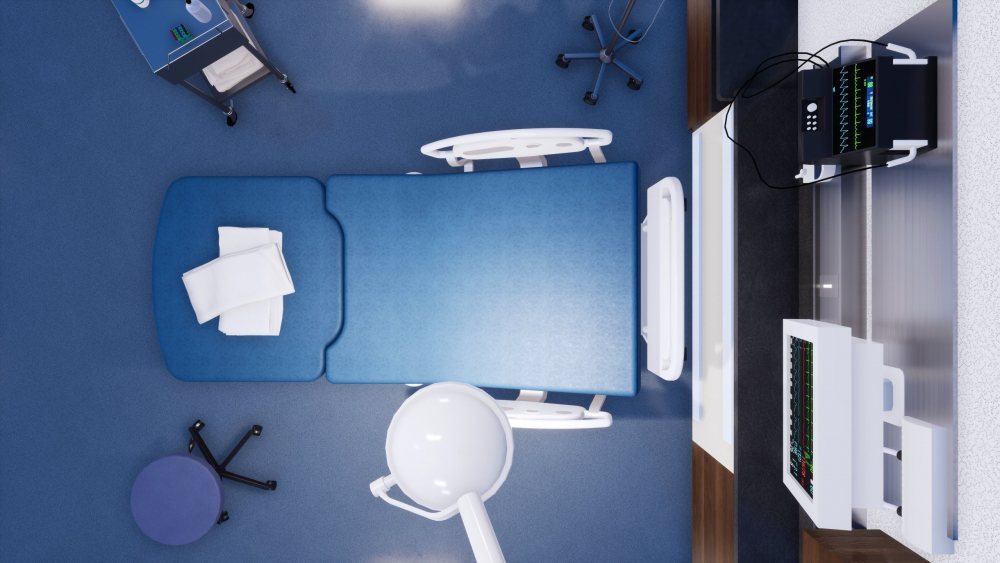 Equinox Medical secures and imports millions of items of personal protective equipment for the Australian health system, overcoming a “wild west” scramble for international supplies as the Covid-19 pandemic spread.

The financing was completed in record time and was all the more remarkable for being done under the social distancing rules triggered by the pandemic.

Chief Executive Philip Crealy says the accounts receivable (AR) facility negotiated by Greensill’s Sydney office allowed Equinox to pay for supplies in full, up front, rather than be outbid by rival international buyers.

“These were very, very big contracts that we are talking about and we could not have done them without this facility,” Crealy says.

Greensill, an international provider of working capital finance, was one of the first ports of call when Equinox, a start-up company, was advised to consider non-traditional financiers to help get its business off the ground. In discussions with the Sydney-based team “it became clear that Greensill was a great partner for us,” Crealy says.

While Equinox lacked the financial scorecard for traditional lending, its relationships and contracts with public and private hospitals helped Greensill “come up with something that no other financier in Australia could come up with,” Crealy says.

Greensill’s Australian office specialises in structured finance that helps companies access working capital at a time when it is most needed.

Its techniques are designed to free-up the company’s own capital and accelerate their growth without resorting to security over traditional assets such as property.

Greensill’s team committed to the task quickly, bringing together client relationship, legal and funding operations staff to work through the difficulties of social isolation imposed on businesses to combat the coronavirus.

The solution they devised was an accounts receivable or AR facility that would allow Equinox to purchase the PPE on behalf of their clients – public and private hospitals in Australia.

Once a purchase order was raised by a hospital and Equinox had issued an invoice, Greensill was able to advance funding to secure supply.

That proved to be an ideal structure for Equinox, which had been founded as a disruptive start-up, importing high-quality, low-cost orthopaedic equipment into the Australian market. Founded only in 2019 Equinox did not have the capital or financial history required to comfort traditional lenders.

It worked because the facility focuses more on the creditworthiness of the end customer, which in this case were federal government, private hospitals and state health care systems.

Certainty of funding was critical to Equinox’s efforts to secure supply, because it meant they could offer vendors payment in full, upfront, rather than on terms of 50 per cent up front and the balance in 14 days. Crealy says that without that facility, Equinox was being outbid as “sovereign nations were turning up with suitcases of cash at the factory and taking everything they could get their hands on.”

Working through weekends and late-night calls to London the Greensill and Equinox teams pulled off the deal in record time. In keeping with Greensill’s family ethos members of the team stayed in daily contact with Equinox executives to get it over the line.

A process that would normally take seven or eight weeks to complete was done in less than four weeks from the first contact being made.

“They expedited the process at every step and had a dedicated team working around the clock,” Crealy says.

As the deal took shape, the isolation was broken only by the occasional scramble to get to the local Commonwealth Bank of Australia branch before the 4pm closing time to execute an international money transfer for the purchase orders.

The facility has now been used repeatedly to fulfil hospital contracts in Queensland, the NT and NSW, with millions of items of hospital “consumables” and even ventilators delivered to Australia.

“Greensill has really opened the door in terms of working capital,” Crealy says.

“But it also means that we can play at much bigger a table – an international one – in terms of transactions.”