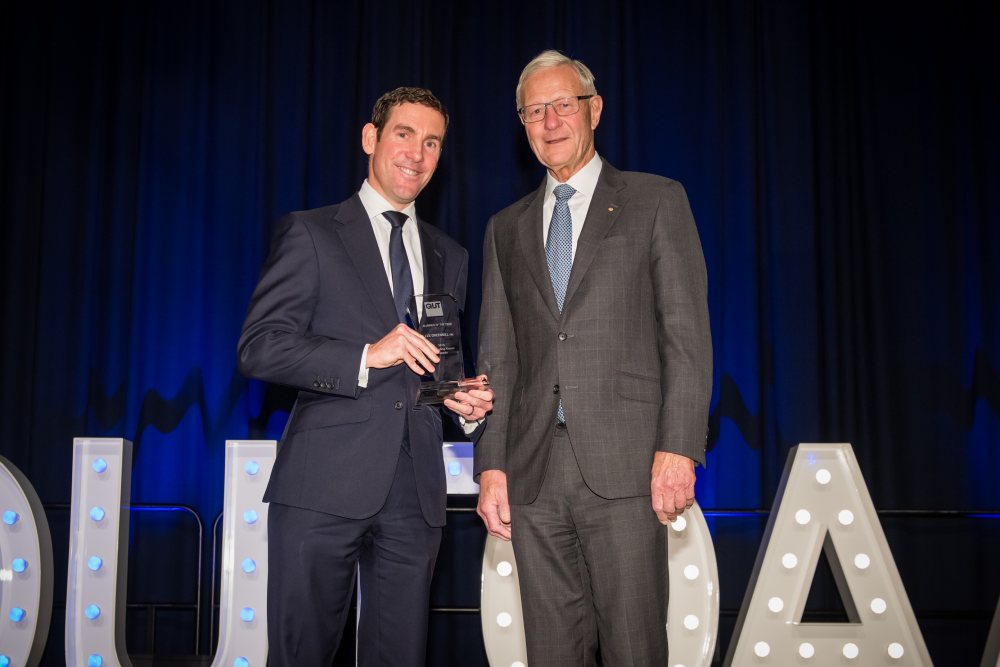 Sydney, Australia – Lex Greensill, founder and CEO of Greensill, the leading provider of working capital finance to companies globally, was honoured this month with awards from both the Queensland University of Technology and global consultancy EY.

Lex was named 2019 Outstanding Alumnus of the Year from QUT, where he graduated with a Bachelor of Laws in 2002. The award recognises graduates of the university who have displayed “exceptional professional, academic or research achievements and contributions to the community”.

The Greensill founder was also honoured in the EY Entrepreneur of the Year 2019 awards for Australia’s Northern Region. EY’s annual awards recognise “entrepreneurial achievement among individuals and companies that demonstrate vision, leadership and success — and work to improve the quality of life in their communities, countries and around the world”.

Lex Greensill said: “I am deeply honoured to receive these awards, which are especially meaningful as they were granted so close to my home in Queensland. It goes without saying that none of the success that is reflected in them would have been possible without the ceaseless hard work of, and support from, the entire Greensill family – at home on the farm and throughout Greensill’s global network.”

Greensill, which is headquartered in London with a network of offices around the world, maintains a significant presence in Australia. That includes offices in Sydney, New South Wales, and Bundaberg, Queensland, where the Greensill family has run a farming business for generations.

Since it was founded in 2011, Greensill has grown to become a world leader in working capital finance with more than $60 billion extended to more than 8 million customers — with tens of thousands of those in Australia.

The Greensill family of companies continues to expand with the recent acquisition of Finacity, the leader in specialised receivables securitisation, and new offices in China, India, Brazil and the Middle East, bringing the total number of employees around the world to more than 450.

About Greensill
Greensill is the leading non-bank provider of working capital finance for companies globally. Founded in 2011, Greensill provides businesses with alternative sources of funding, allowing them to provide suppliers with the opportunity for faster payment, while at the same time preserving their own capital position. The company is headquartered in London with offices in New York, Frankfurt, Chicago, Miami, Singapore, Sao Paulo, Mexico City, Johannesburg, Sydney, Warrington and Bundaberg. Greensill provides Working Capital Finance facilities to customers across Europe, North America, Latin America, Africa, and Asia. The company owns Greensill Bank, which was founded in Bremen, Germany in 1927, has a suite of proprietary Supply Chain Finance Funds run by world leading fund management organisations, acquired Finacity in June 2019, and works with more than 100 institutional investors that together provide stable funding. Greensill has extended more than $60 billion of financing to more than 8 million customers across 165 countries since inception. For further information, please visit greensill.com.