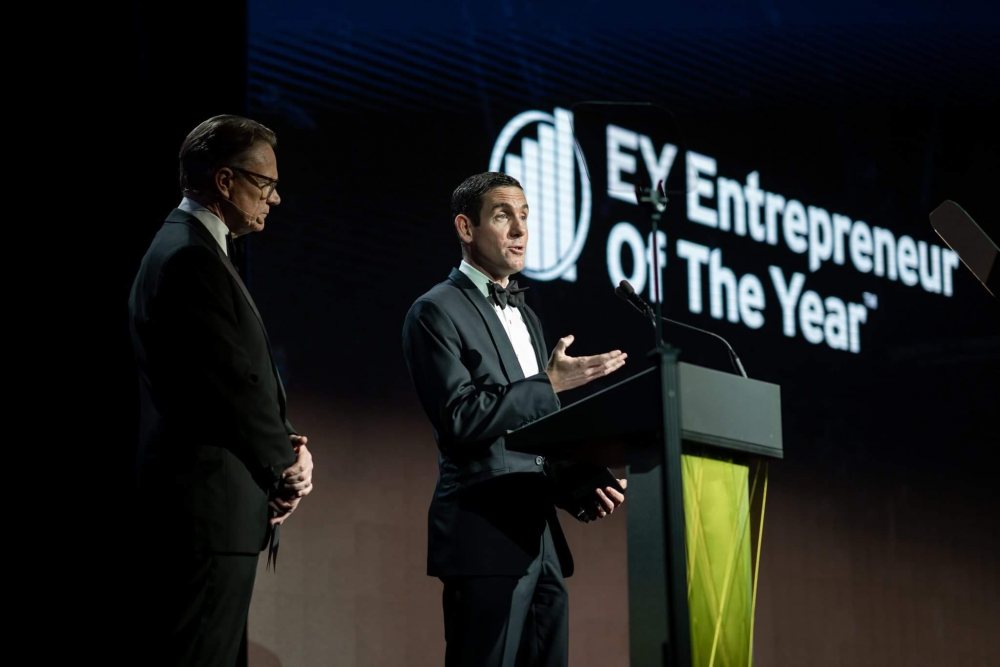 Lex Greensill, founder and CEO of Greensill, took home the top honours as 2019 Australia EY Entrepreneur of the Year, in recognition of his work to democratise access to capital for millions of businesses and people all over the world.

Lex is now a finalist for EY World Entrepreneur of the Year, which will be announced in Monte Carlo next year.

Upon receiving the accolade at an event in Sydney last night, Lex said entrepreneurship was the real winner.

“We should be encouraging our young people to make the first thing they do in their career not going and getting a job, but having a crack at building something great,” he said. “And what EY is doing here is encouraging, I hope, a revolution to make entrepreneurship something we truly value in Australia, as much is the case in Silicon Valley and other places around the world.”

Since it was founded in 2011, Greensill has grown to become a world leader in working capital finance, extending more than $150 billion to more than 8 million customers and suppliers, with tens of thousands of those in Australia.

The Greensill family of companies continues to expand with the recent acquisition of Finacity, the leader in specialised receivables securitisation, and FreeUp, which is developing technology to enable workers to receive early payment for earned but unpaid wages at zero cost to the employee. Greensill is also opening new offices in China, India, Brazil and the Middle East, bringing the total number of employees around the world to more than 500 this year.

About Greensill
Greensill is a leading provider of working capital finance for companies globally. Founded in 2011, Greensill provides businesses with alternative sources of funding, allowing them to provide suppliers with the opportunity for faster payment, while at the same time preserving their own capital position. The company is headquartered in London with offices in New York, Frankfurt, Chicago, Miami, Singapore, Sao Paulo, Mexico City, Johannesburg, Sydney, Warrington and Bundaberg. Greensill provides working capital finance facilities to customers across Europe, North America, Latin America, Middle East, Africa, and Asia. The company owns Greensill Bank, which was founded in Bremen, Germany in 1927, has a suite of proprietary Supply Chain Finance Funds run by world leading fund management organisations, acquired Finacity in June 2019 and FreeUp in October 2019. Greensill works with dozens of institutional investors that together provide stable funding. Greensill will provide more than $150 billion of financing by end of 2019 to more than 8 million customers and suppliers across more than 165 countries. For further information, please visit greensill.com.