Equinox Medical secures and imports millions of items of personal protective equipment for the Australian health system, overcoming a “wild west” scramble for international supplies as the Covid-19 pandemic spread.

The financing was completed in record time and was all the more remarkable for being done under the social distancing rules triggered by the pandemic.

Chief Executive Philip Crealy says the accounts receivable (AR) facility negotiated by Greensill’s Sydney office allowed Equinox to pay for supplies in full, up front, rather than be outbid by rival international buyers.

“These were very, very big contracts that we are talking about and we could not have done them without this facility,” Crealy says. 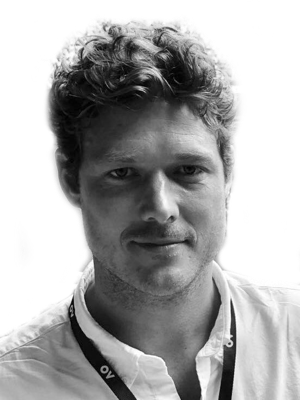 “Greensill has really opened the door in terms of working capital. But it also means that we can play at a much bigger table – an international one – in terms of transactions.”

Greensill, an international provider of working capital finance, was one of the first ports of call when Equinox, a start-up company, was advised to consider non-traditional financiers to help get its business off the ground. In discussions with the Sydney-based team “it became clear that Greensill was a great partner for us,” Crealy says.

While Equinox lacked the financial scorecard for traditional lending, its relationships and contracts with public and private hospitals helped Greensill “come up with something that no other financier in Australia could come up with,” Crealy says.

Greensill’s Australian office specialises in structured finance that helps companies access working capital at a time when it is most needed.

Its techniques are designed to free-up the company’s own capital and accelerate their growth without resorting to security over traditional assets such as property.

Greensill’s team committed to the task quickly, bringing together client relationship, legal and funding operations staff to work through the difficulties of social isolation imposed on businesses to combat the coronavirus.

The solution they devised was an accounts receivable or AR facility that would allow Equinox to purchase the PPE on behalf of their clients – public and private hospitals in Australia.

Once a purchase order was raised by a hospital and Equinox had issued an invoice, Greensill was able to advance funding to secure supply.

That proved to be an ideal structure for Equinox, which had been founded as a disruptive start-up, importing high-quality, low-cost orthopaedic equipment into the Australian market.   Founded only in 2019 Equinox did not have the capital or financial history required to comfort traditional lenders.

It worked because the facility focuses more on the creditworthiness of the end customer, which in this case were federal government, private hospitals and state health care systems.

Certainty of funding was critical to Equinox’s efforts to secure supply, because it meant they could offer vendors payment in full, upfront, rather than on terms of 50 per cent up front and the balance in 14 days. Crealy says that without that facility, Equinox was being outbid as “sovereign nations were turning up with suitcases of cash at the factory and taking everything they could get their hands on.”

Working through weekends and late-night calls to London the Greensill and Equinox teams pulled off the deal in record time. In keeping with Greensill’s family ethos members of the team stayed in daily contact with Equinox executives to get it over the line.

A process that would normally take seven or eight weeks to complete was done in less than four weeks from the first contact being made.

“They expedited the process at every step and had a dedicated team working around the clock,” Crealy says.

As the deal took shape, the isolation was broken only by the occasional scramble to get to the local Commonwealth Bank of Australia branch before the 4pm closing time to execute an international money transfer for the purchase orders.

The facility has now been used repeatedly to fulfil hospital contracts in Queensland, the NT and NSW, with millions of items of hospital “consumables” and even ventilators delivered to Australia.

“Greensill has really opened the door in terms of working capital,” Crealy says.

“But it also means that we can play at much bigger a table – an international one – in terms of transactions.”