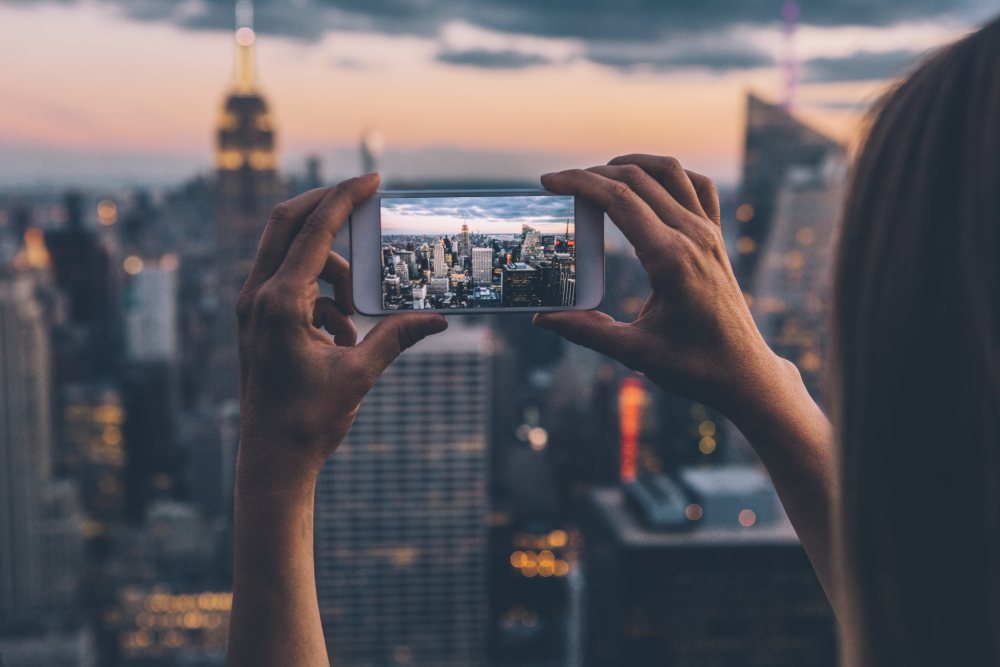 From the dawn of the electronic age, consumers became accustomed to getting more for less when they purchased new gadgets. But, as recently as three years ago, this once universal truth of technology pricing started to reverse.

Around 2015 two major mobile phone handset manufacturers—Apple and Samsung—decided they could start charging customers much more for their premium smartphones, even if some consumers felt they weren’t offering all that much more in terms of innovation.

Greensill Capital, the specialist provider of working capital solutions, has been studying these developments so it can provide flexible financing products in the sector. “The industry might be growing in dollar terms, but fewer phones are being sold. People are keeping their phones longer,” says Javier Villamizar, who heads the technology and telecom sector at Greensill.

Indeed, in the 3rd quarter of 2017, GfK found that in key markets such as Western Europe and Developed Asia, sales dropped 7% on the same quarter in 2016.

The ending of subsidies by the mobile phone carriers also led to another change in consumer behaviour. Instead of buying a phone as part of a plan offered by a carrier such as Vodafone, T-Mobile or Sprint, consumers would buy an unlocked phone that could be used on any carrier and shop around for the best data plan. According to Brad Akyuz, industry analyst for NPD’s Connected Intelligence, “Now that smartphone subsidies are non-existent, for the most part, the unlocked market has become a cost-effective option.”

Financing plans make good commercial sense as, in the modern world, where eight out of 10 people own smartphones, pretty much the only things everyone always carries are house keys, money, and their phones—and the phone is, in some markets, doing away with money too, courtesy of digital payment technology.

Consumers see their phones as an essential tool. They take care of them and buy insurance to cover loss or breakage. Default rates on financing plans are historically low—around 2% or less in the US and Western Europe – yet bank finance in this market is expensive for many reasons.

Financing the sale of phones is a headache for carriers, too.

The first problem carriers face is cash flow. Manufacturers need to be paid for their phones within, at most, 90 days, while the customer pays for them over 24 months. At up to $1,000 a handset over millions of customers, that’s quite a lot of pressure on the balance sheet.

The second is recognising revenue. The global accounting standard IFRS 15 has made calculating how much income carriers can take from these financing deals extremely complex, as it relates to the residual value of the phone financed.

In the past, carriers would alleviate the balance sheet pressure by securitisation—selling bonds secured on the revenue streams from the phone plans. These are cumbersome, taking up lots of time and legal fees, so only worth doing in tranches of at least $100m.

Greensill Capital looked long and hard at this challenge and developed a better way. It used the techniques it developed to aid companies globally with supply chain finance to create an off-balance sheet handset receivables purchase programme.

In short, Greensill sets up an off-balance sheet purchase facility and the carrier regularly sells portfolios of handset deals. Greensill then sells bonds to investors secured on the handset receivables. The carrier can sell as many, or as few, portfolios as it needs to, making the process totally flexible.

“Our product is really simple to set up,” says Tim Armstrong, UK origination director for Greensill. “You don’t need a special purpose vehicle or a rating from an agency. The investor is essentially buying corporate risk from some of the biggest companies in the world.”

“We look at the historical default rate and project the probability of future defaults to calculate the purchase price,” adds Javier Villamizar. “We take 95% of the risk, which allows the carrier to recognise revenue and free up their balance sheet, but importantly, they still have an incentive to improve collections if the portfolio deteriorates.”

The Greensill programme was first dialed up for Vodafone, and is now also being developed for a number of other carriers worldwide, with nearly $1 billion of bonds already sold.

In the rapidly evolving mobile phone market, this sort of flexibility allows the carriers to keep pace with changing consumer behaviour.

Mobile Handset financing solutions from Greensill Capital have dramatically altered the landscape for carriers and all providers of mobile phones.

Greensill is changing finance to change the world. 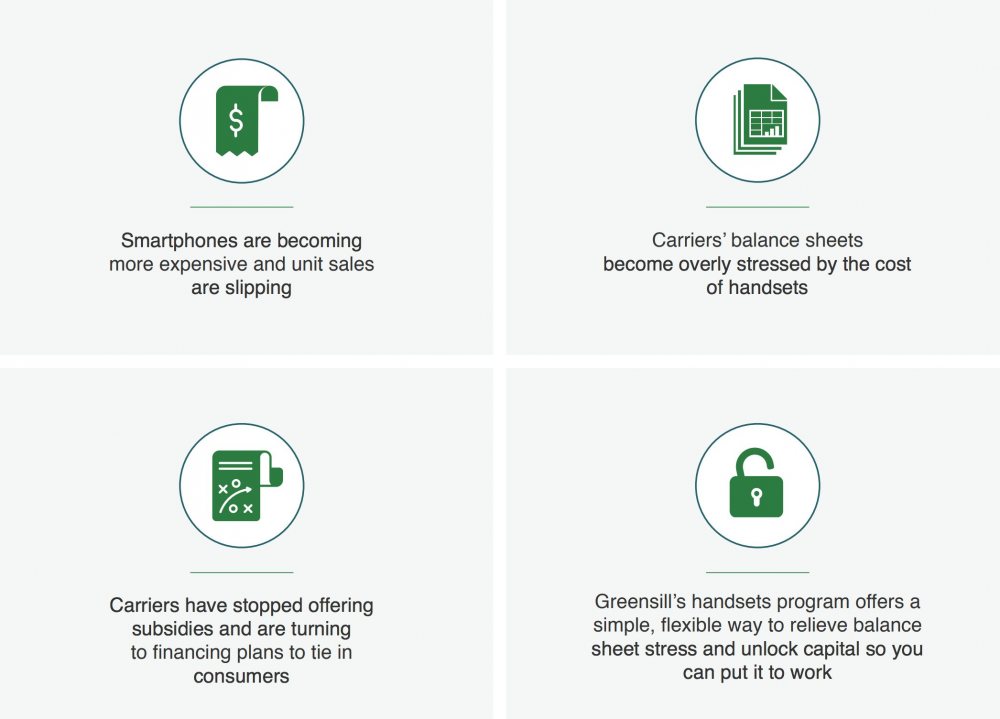