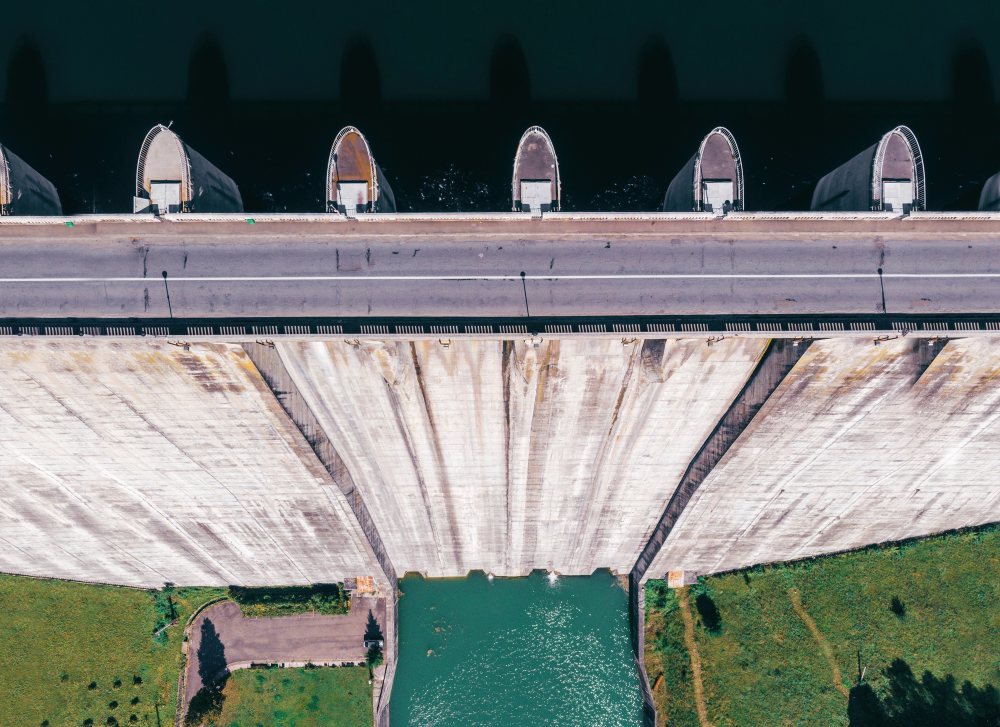 In the 30 years since the first trades were placed with investors in the US, the total outstanding amount of receivables securitised worldwide has grown to around $60 billion today. It is thought the total market could grow as high as $5 trillion.

Typically, securitisation of receivables represents a lower all-in cost of funding and higher proceeds maximisation than asset-based lending and there are other benefits.

It increases working capital and also diversifies funding sources for a company which can help with ratings. Also, it can sit off balance sheet which can improve financial ratios.

Receivables securitisation is used successfully across a range of industry sectors, including some of the world’s biggest airlines and shipping companies, as well as companies involved in IT, financial services, chemicals, construction, food and agriculture.

“Lowering cost of funds is the single biggest reason companies come to us,” says Adrian Katz, President of Finacity, the global leader in receivables securitisation. “We have very large and highly-rated customers who come to us to facilitate complex deals in multiple jurisdictions and currencies – but the majority of our customers are not well-rated companies so access to capital is relatively expensive for them.” 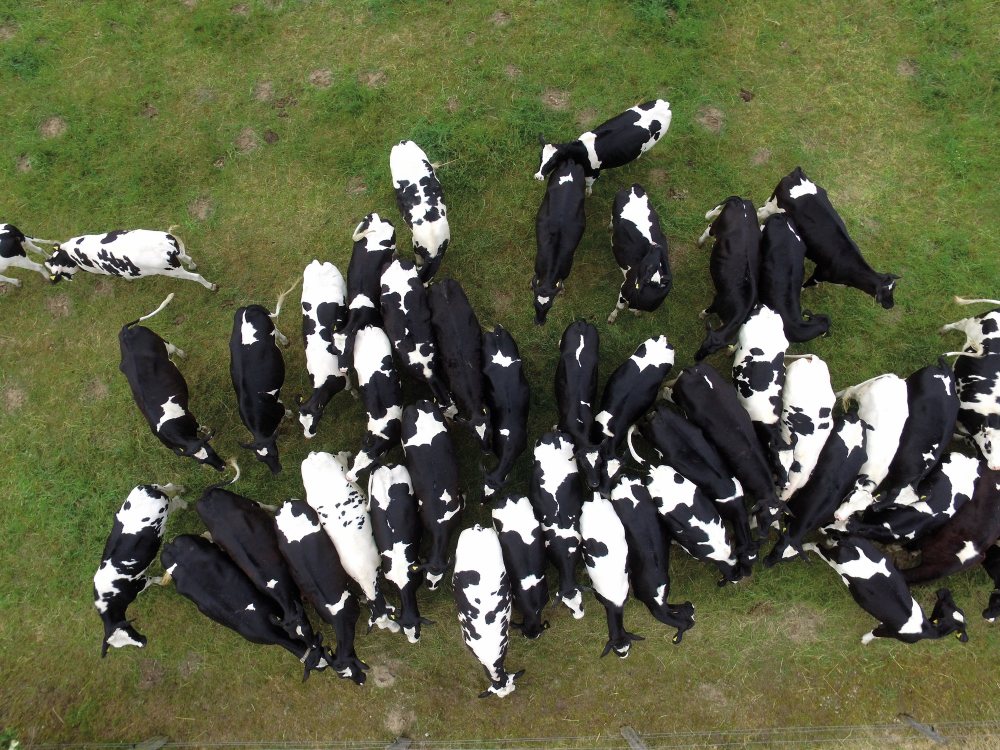 Pricing depends on a number of variables but, in general, asset-based lending can cost anywhere between 100 to 900 basis points (BPS) above the London Inter Bank Borrowing Rate (LIBOR), compared to between 50 and 300 BPS above LIBOR for receivables securitisation.

"We have cases where securitisation has more than halved the cost of funding for clients, with the cost differential being as high as hundreds of basis points."

“We also have examples where clients could not raise additional liquidity at all without a receivables securitisation deal.” says Katz.

Finacity, a member of the Greensill family of companies, is headquartered in the United States but operates globally, doing securitisation deals for both investment grade and non-investment grade companies.

It facilitates the financing and administration of some $100 billion of receivables annually, representing $8 billion outstanding, with obligors in more than 175 countries. Clients range from large multinational corporations to private businesses and government-owned entities. 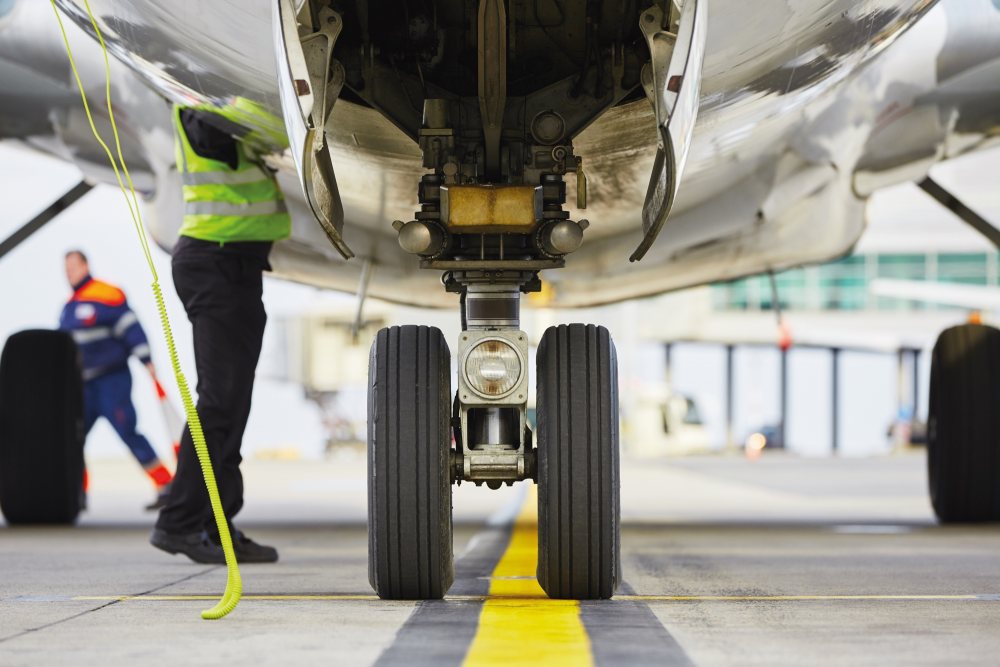 Receivables securitisation is an increasingly important part of the capital structure of many well-known companies.

Organisations seeking this type of funding need to have income-producing assets or to generate revenue from the sales of goods or services that can be used to meet financing payments.

Katz says this form of securitisation is not yet widely understood by some CFOs and treasury teams. This

is despite the fact that it can represent the lowest cost component of a company’s capital structure, particularly for unrated or non-investment grade corporations.

In essence it allows companies to exchange future cashflow for present funding, maximising liquidity. Instead of having to wait for the normal business cycle to access sales revenue, they can access those funds in advance by effectively selling on portfolios of ‘receivables.’

Finacity is the world leader in receivables securitisation with an estimated 15% overall market share and as high as 90% in key markets such as Mexico. 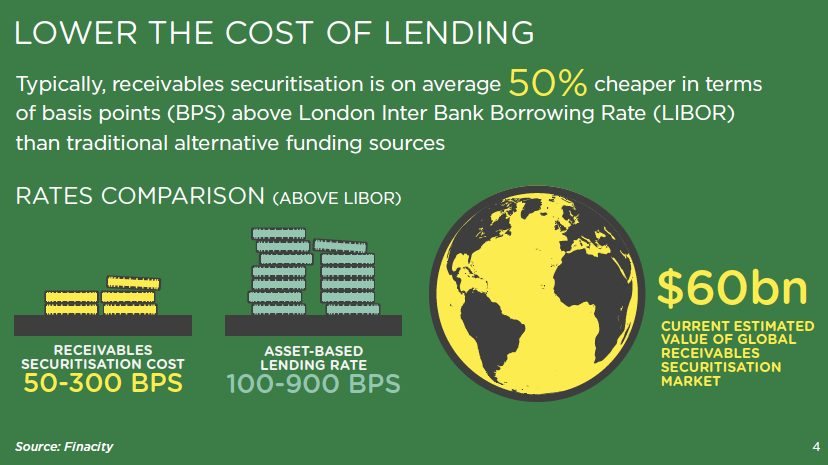 The process typically involves the sale of a portfolio of receivables from a company seeking funding to a standalone Special Purpose Entity (SPE) which raises funds by issuing a note using the receivables as collateral.

Banks and institutional investors buy a portion of the note while the SPE usually retains a portion.

The assets of SPEs are ring-fenced so that if a company were to go bankrupt, the assets held in them would not be involved in bankruptcy proceedings, providing protection for investors.

In more than 18 years, no lender or investor in any of Finacity’s securitisation deals has lost a dollar, says Katz, who is a 30-year veteran in the industry.

The company receives an advance from the proceeds raised through the securitisation process. A reserve will be held back for ‘anticipated payment defaults’ and ‘dilution events’, which can occur when customers’ payments might be reduced for unanticipated commercial reasons.

Finacity seeks to maximise proceeds to the company. “We want to give as much liquidity back for the collateral they sell us,” says Katz.

"We will include jurisdictions for receivables other firms may not accept and we develop a detailed understanding of the portfolio which enables us to assess dilution risk expertly."

Finacity has its own model and systems for assessing a receivables portfolio. It can track, analyse and report on the performance of a large receivables portfolio in real-time. Its dashboard also provides valuable intelligence and transparency for clients, particularly important for those with complex multinational operations.

For example, Finacity facilitated a $500 million securitisation for Neptune Orient Lines (NOL), a global container shipping company, that includes receivables in 100 countries in 23 currencies with more than 30 agencies around the world. 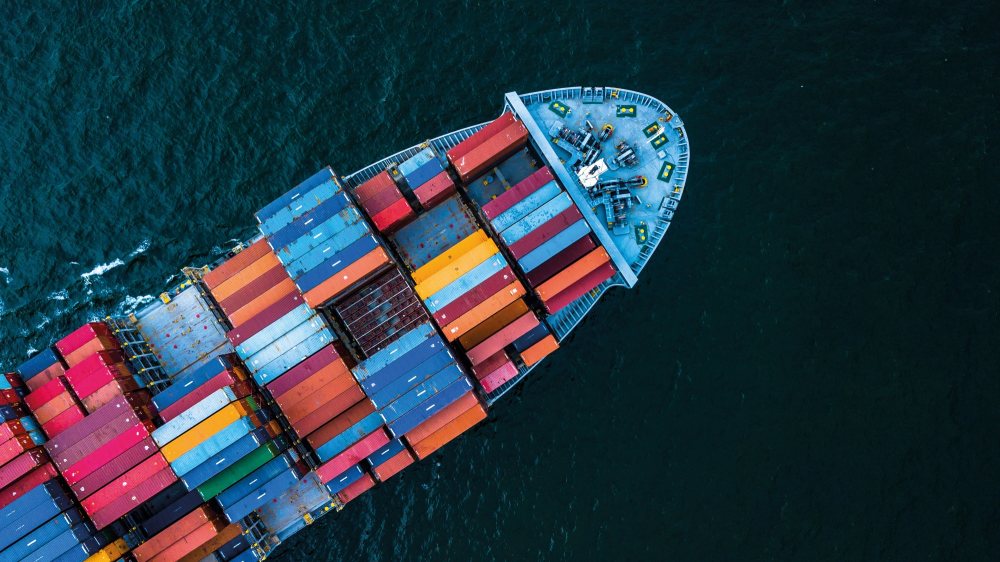 The funding came from a major European bank in a blend of US dollars, euros, sterling and Singapore dollars and the deal was structured to AAA Standard & Poor’s rating criteria. As a result, NOL’s complex needs became more manageable and its funding requirements more affordable.

“We are particularly skilled in structurally complex, data-intensive, multinational transactions,” says Katz. “Securitisation is seen as complex, but we do the heavy lifting for clients.”

Off-balance sheet transactions are a good example. Finacity engages with company auditors to obtain sign-off before the deals proceed so they are compliant with International Financial Reporting Standards and/or Generally Accepted Accounting Principles.

There is no room for complacency on credit despite low interest rates and tight credit spreads. In today’s economic and political climate, companies should reconsider their liquidity and capital requirements. Receivables securitisation is an adaptable, low-cost option in uncertain times. 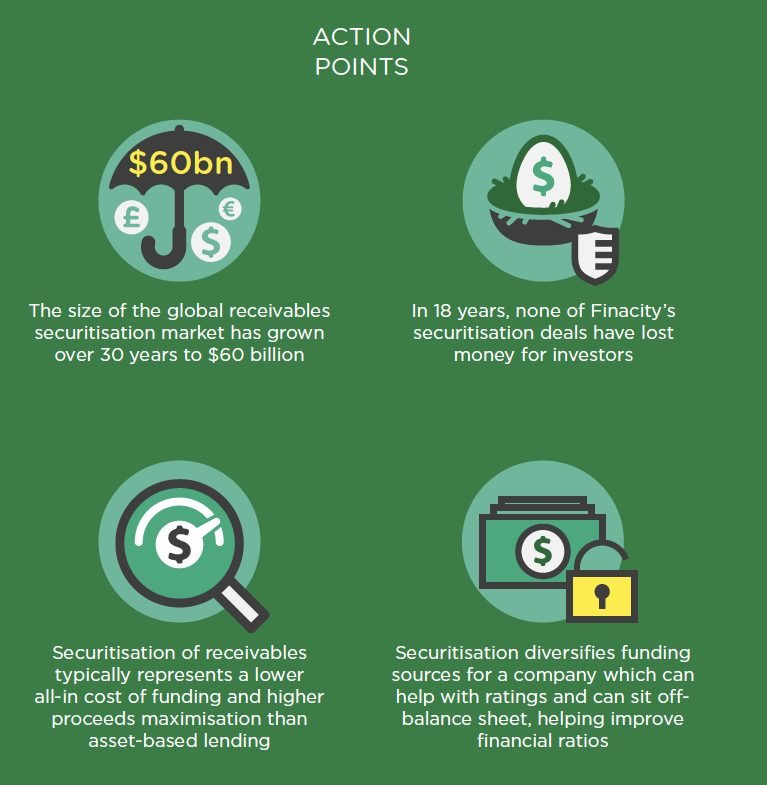